Last week, we looked at three key words from the definitions of the word ‘responsibility’,  and these are duty,  accountability and moral obligations.

Let us examine each of these closely.

Duty: The man has a duty to tend to his garden. His Garden includes his immediate family, his community, his nation, his job or business. As a man, you have the duty to provide for the needs of your family. These needs include financial, spiritual, moral, psychological, amongst others. Don’t raise children you cannot provide for. There are too many people lacking fatherly touch, and this directly reflects in their behaviors.

As a matter of fact, many fathers are living off their children, leaving them to fend for themselves and sometimes expecting the children to even pay bills in the house. This is so irresponsible, and accounts for why many young people are after money by all means, engaging in ritual killings, drug peddling and other vices!
Train your children well. Provide fatherly support. Spend quality time with them. Don’t let your career or business pursuit steal your time with your children. The best investment you can give your children is to spend quality time moulding them.

You must also ensure you take care of your environment. Some men mess up their environment and expect the government to come and fix their mess. You cannot be dumping refuse in the drainage and not expect flood to overrun your house during heavy rainfall. Take care of your immediate environ. If we all play our duty in keeping our environment clean, we will all have less environmental challenges.

You must play your duty to the government and nation. Stop tearing down other tribes. The same blood runs in our veins, regardless of where you come from. Be a nation builder and not a nation destroyer. Find ways to contribute to the nation’s development. Speak well of your nation. Be a good ambassador of your country. You are either building or tearing down. Be a builder!

Have a great week ahead and stay responsible.

Beyond being the male gender of the homo sapiens specie, a man is a male who attained the age of accepting and taking on responsibilities. In most countries, the age 18 is assumed to be the age when a person ceases to be a minor. A minor can be excused for his or her actions.

If you have attained the age of 18, you have become a man and will be held liable for your actions, especially before the law. It is therefore important that you act consciously and always think of the implications of yours actions and inactions.

It is however unfortunate that a lot of people in the male gender who have crossed the age of minor still act like Minors. This is perhaps one of the reasons for the many ills in our society today. The scripture says ‘woe unto that city whose prince is a child’. A Yoruba adage also says ‘you can’t have elders in the market and have newborn baby’s head wrongly positioned.’

In all of these definitions there are three keywords we will examine closely. They are duty, accountable, and moral obligation. We will dwell largely on these words in the next series.

Stay responsible and have a splendid week ahead.
Adewumi Oni 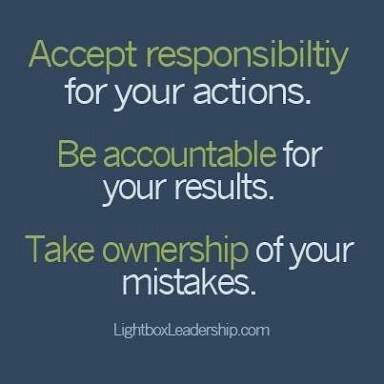 Scientifically, a man is the male gender of the ‘homo sapiens’ specie in the ‘homo’ genus.  A man has distinct features from the female version of homo sapiens  (woman). He is stronger, more aggressive, wilder and inclined to use logical reasoning as opposed to woman who uses more of intuitive reasoning.

According to the Bible, the man was created first and placed in the garden of Eden to tender it. To prevent loneliness and being overburdened, God made the man an helpmeet called the woman. The man upon creation was given a responsibility to dress and keep the Garden.

Essentially, man is a creature of responsibilities, and all men have one garden or the other to dress and keep. The garden could be your family, your community, your unit at your place of work, your state,  or province, or region or nation.

If you are a man, you are responsible to keep your own garden. It is therefore important to understand this critical role of keeping, maintaining and fostering the growth of the garden.

In this series, we will look at who qualifies to be a man, the man as a Gardener, his garden and how he is to relate with his Creator and the woman.

After this series, we will do same study on the woman, and at the end of it all, my hope is that we will all understand our roles better and become more responsible.

Have a great week ahead.